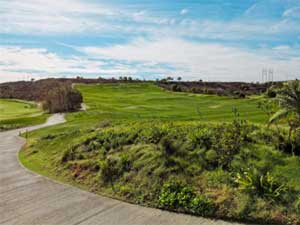 Moorpark is a town in Ventura County in Southern California. Moorpark was founded when the application for the Moorpark Post Office was granted on June 1, 1900. The townsite of Moorpark was owned and surveyed by Robert Poindexter and his wife, Madeline. The town has experienced a great amount of growth since the late 1970s. The population was 34,421 at the 2010 census, up from 31,415 at the 2000 census.

The origin of the name "Moorpark" is unknown, but several sources have been suggested. Of these most sources agree that its origin was Admiral Lord Anson's estate Moor Park in Hertfordshire, England where he introduced the apricot in 1688. It is mainly believed that the town of Moorpark is named after the Moorpark Apricot, which used to grow in the area. This was confirmed by Robert Poindexter, the founder of Moorpark, in 1927. One other theory of the name is that when the Southern Pacific Railroad was surveying the local land in the 19th century for its railway, someone in the party said that the area, with its sloping hills, looked like the Scottish Moors. Hence the name Moorpark.

The valley where Moorpark is located was originally inhabited by the Chumash. The area was part of the large Rancho Simi land grant given in 1795 to the Pico brothers (Javier, Patricio, and Miguel) by Governor Diego de Borica of Alta California.

Robert W. Poindexter, the secretary of the Simi Land Company, received the land that made up the original townsite of Moorpark when the association was disbanded in 1887. Moorpark was founded in 1900 when the application for a post office was submitted. The application lists that there was already a railroad depot in the town. The town grew after the 1904 completion of a 7,369-foot (2,246 m) tunnel through the Santa Susana Mountains, which allowed the Southern Pacific Railroad to establish a depot there, a depot which lasted until 1965. 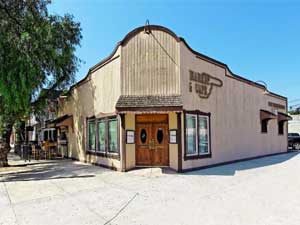 Moorpark was one of the first cities to run off nuclear power in the entire world, and the first in the United States. For one hour on November 12, 1957 this fact was featured on Edwin R. Murrow's "See It Now" television show. The reactor, called the Sodium Reactor Experiment was built by the Atomics International division of North American Aviation at the nearby Santa Susana Field Laboratory. The Sodium Reactor Experiment operated from 1957 to 1964 and produced 7.5 megawatts of electrical power at a Southern California Edison-supplied generating station.

Moorpark College opened on September 11, 1967. Moorpark College is one of the few colleges that features an Exotic Animal Training and Management Program. Twenty years later, Moorpark was incorporated as a city on July 1, 1983. In February 2005, a Siberian Tiger named Tuffy that escaped from a local residence was shot and killed in one of Moorpark's parks. This created a great deal of uproar, because the Animal Control officers used a gun instead of a tranquilizer to kill the tiger, primarily because the tiger could not be shot from the proper angle for a tranquilizer to prove effective. Candlelight vigils were held for the late Tuffy. The couple that owned the tiger had moved from a licensed facility in Temecula, California, to an unlicensed facility in the Moorpark area of Ventura County. They lost their U.S. Department of Agriculture exhibitor license because they failed to notify the department of the move within 10 days. The wife pleaded guilty to a federal misdemeanor count of failing to maintain records of exotic felines. The husband pleaded guilty to obstruction of justice, making false statements and failing to maintain proper records. Each was sentenced to home detention, three years probation, and fined $900.
Just a month later, in March 2005, the fairly complete remains (about 75%) of an unusually old mammoth, possibly the rare Southern mammoth (Mammuthus meridionalis), were discovered in the foothills of Moorpark at the site of a housing development.

In 2006, the Moorpark city council transferred governance of their library from the Ventura County library system to their own newly created their city library system, much like nearby Thousand Oaks. The library, which opened in 1912, recently celebrated its centennial. 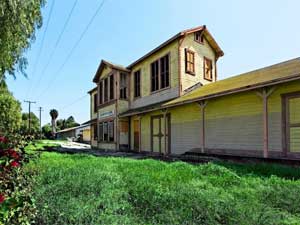 "Old Town Moorpark" is the area surrounding High Street, and is the historic center of the city. A feature of the downtown area are the pepper trees that line High Street, planted by Robert Poindexter who was responsible for the plotting and mapping of the town. This area also features the High Street Arts Center (a Performing Arts center operated by the City of Moorpark), and various restaurants and businesses. It is also the site of the Ivy Tech Charter School.

The Peach Hill and Mountain Meadows neighborhoods are south of the Arroyo Simi, and most of the homes here were built within the last 30 years. Moorpark High School is in this area, as well as many parks, including the Arroyo Vista Park and Recreation Center, the city's largest park. This area contains a large part of the city's population.

Campus Park is dominated by Moorpark College. An additional substantial development is occurring to the north of the existing city, in the area of the Moorpark Country Club.

The city is serviced by Amtrak California's Pacific Surfliner and Metrolink's Ventura County Line commuter rail, with a train station located on High Street, in the center of the city.  The city of Moorpark has a mass transit bus system, known as the Moorpark City Transit.
SR 118 just before the intersection with SR 23 in Moorpark. 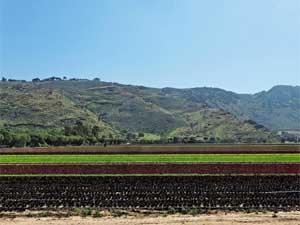 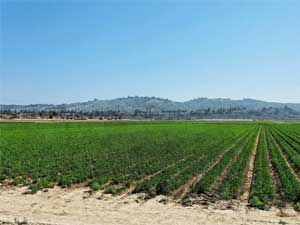 There are 8,994 households out of which 54.7% have children under the age of 18 living with them, 72.0% are married couples living together, 9.7% have a female householder with no husband present, and 14.4% are non-families. 9.9% of all households are made up of individuals and 2.2% have someone living alone who is 65 years of age or older. The average household size is 3.49 and the average family size is 3.71. 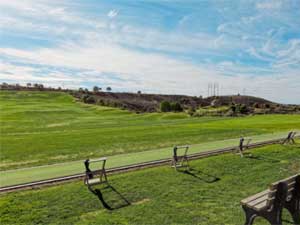 The Moorpark High School mascot is the Musketeer.

The Academic Decathlon team of Moorpark High School has a tradition of success. They have won the national championship four times since 1999 and in 2008 set the record for the highest team score in the history of the competition. The 2009 National Championship team met with President Barack Obama in June 2009.

A few events are held in the Moorpark area during the year, most notably Moorpark "Country Days", a single day in late September or early October, American Civil War battle reenactments in early-November, an "Apricot Festival", usually in the Spring or Summer, and an annual fireworks celebration on the third of July every year. The July 3rd fireworks are popular around the rest of Ventura County, as people can go to the Moorpark fireworks on the 3rd, and still see their own local city's fireworks on July 4.

In 1961, Julius Goldman founded Egg City, which was a massive chicken farm north of Moorpark, with many chicken coops spread over acres of concrete with millions of chickens in them. Most of the roads to the ranch were lined by large palm trees, which are still present on the site to this day. The main office building had a giant chicken statue on the top of it. Local residents were somewhat irked by the farm, when the smell of it wafted to Moorpark on windy days. The odors also commonly flowed to the nearby town of Fillmore. The Pacific ocean can be seen from the property, although it is very far inland. The business suffered a setback in 1972, when more than 3 million chickens were slaughtered because of the threat of wcastle disease. There were three well sites on the property and a man made lake near the main entrance gate. Egg gathering was done from 36 houses by hand, with workers placing eggs onto plastic flats while riding electric carts. Liquid, dry and shell eggs were processed at the facility, with yolk and albumen available in individually.The farm finally closed in 1996. In early December 2006, a wildfire destroyed the dilapidated remains of Egg City.

Moorpark has its own The American Legion Post 502. Meetings are regularly scheduled for the second Tuesday of each month and are located at Moorpark Chamber of Commerce Office.

SEARCH FOR MOORPARK HOMES
This article uses information from the Wikipedia page http://en.wikipedia.org/wiki/Moorpark,_California